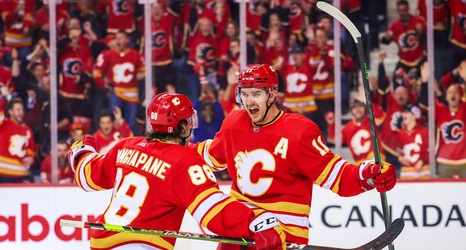 For much of the past decade, Calgary Flames centre Mikael Backlund has been a picture of Swedish consistency and efficiency. He’s been a fixture on the team’s “tough minutes” second line, facing the best and brightest of the National Hockey League. As he creeps towards his mid-30s, he remains a definitive net positive for the Flames and received Selke Trophy votes for the fifth time in six seasons.

The top line rightfully got their accolades, but Backlund’s work was once again crucial to the Flames’ on-ice success.

A product of Vasteras, Sweden, Backlund came up through the system of his hometown team, VIK Vasteras HK, and representing Sweden in a pair of Under-18 World Championships.