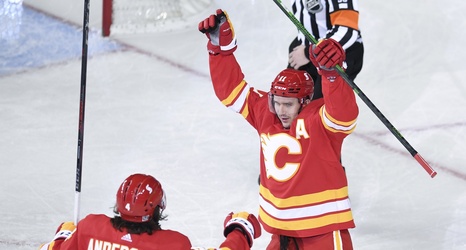 Sutter previously served as Flames head coach between 2003 and 2006 but had departed the post by the time Backlund made his NHL debut in 2009.

Now, more than a decade after resigning from his post as Flames GM, Sutter has returned as the team’s bench boss. In 2020–21, he finally got the chance to coach one of his most successful draft selections.

Backlund has long been a dependable secondary offensive threat for the Flames. He continued producing and munching high-leverage minutes for the team last season, although his finishing results took a slight hit.