Matthew Tkachuk talks about the holdout, family, and dunks all over Drew Doughty on After Hours 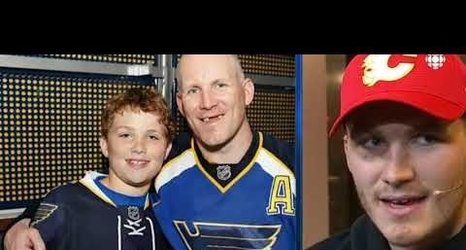 Since his first appearance on Hockey Night in Canada’s After Hours, Matthew Tkachuk’s profile has only grown. Back then in the 2017-18 season, he was mostly known as an emerging nuisance with good bloodlines. Now, he’s well regarded as one of the league’s young star wingers, blossoming into an all-around scoring threat while maintaining the edge that made us love him in the first place.

On last night’s interview, he discussed the contract process, the second wave of Tkachuk athletes, the Flames’ off-season moves, his father causing a minor security scare at his apartment, and how much regard he has for one certain Los Angeles Kings defenseman (hint: none).