Matthew Phillips is focused on making the NHL 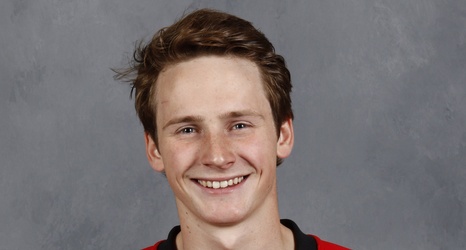 Moments after I finished interviewing Calgary Flames prospect Matthew Phillips at development camp, a fan sheepishly walked up to me and asked who I was chatting with. I related that it was Phillips, and the fan replied “He’s really small.”

It’s nothing new to Phillips, who was the smallest player listed at development camp and has been the tiniest player on his team (and often in his league) since he began playing high level hockey. Listed by the American Hockey League as five-foot-seven and 155 pounds, Phillips had to establish himself in a brand-new league as a 20-year-old.