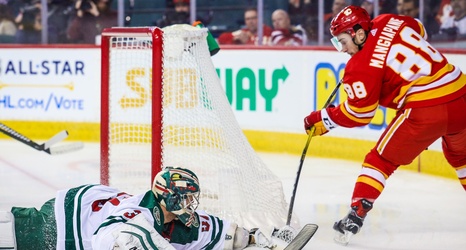 When Andrew Mangiapane emerged from his travel quarantine at the 2021 World Championship in Latvia, Team Canada was winless in three games. They’ve since won four of five with Mangiapane in the lineup, punctuated with a 2-1 overtime victory on Thursday over Russia to send them into the semi-finals.

After an Adam Henrique power play goal forced overtime, Mangiapane and Troy Stecher engaged in a nice give-and-go passing play in overtime that gave Mangiapane a back door goal at the far post to end Russia’s tournament and give Canada a 2-1 victory.