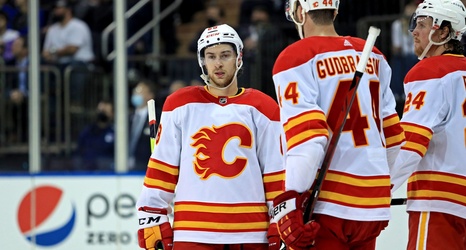 Team Canada has included Calgary Flames winger Andrew Mangiapane on its ‘long list’ to make the national roster for the 2022 Olympics in Beijing, the Toronto Star‘s Chris Johnston reported Monday.

Mangiapane, 25, has seven points — all goals — in eight games with the Flames this season. He made his national team debut at the 2021 IIHF World Championship in Latvia, winning a gold medal and earning tournament MVP honours after scoring seven goals and 11 points in seven contests.

Here’s an excerpt from Johnston’s report about Mangiapane’s candidacy for an Olympic roster spot:

Mangiapane was included on Canada’s Olympic long list, per sources, and he’s scored seven goals in eight games since.