Looking back at last season’s back-to-backs 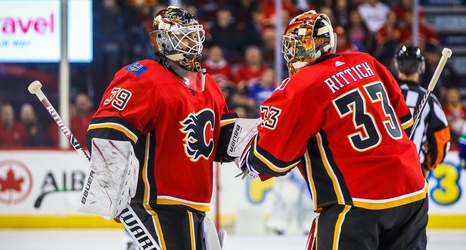 All 31 National Hockey League clubs are, in many ways, at the mercy of the league’s scheduling robots. The Calgary Flames have 10 sets of games on back-to-back nights this season, roughly a quarter of their schedule. They’ve already completed one set and have their second this coming weekend.

How did the Flames fare on back-to-backs last season? How did Bill Peters mix up goaltending duties and lineups between games?

The Flames beat the Leafs 3-1 and the Sabres 2-1 (in overtime). Mike Smith started the first game and David Rittich the second.