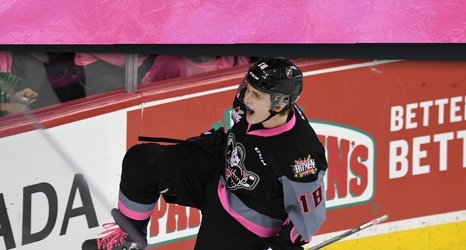 The Calgary Hitmen returned to their roots this past week, as they played a pair of games in the cozy confines of the historic Stampede Corral. While the atmosphere may have been nostalgic, the results were tremendously important to the Hitmen’s goal of moving up the Western Hockey League’s standings.


The carousel of backup goaltenders has finally ended, as Carl Stankowski returned from his lower body injury on Wednesday when he dressed as backup against Regina.

2018 second rounder Tyson Galloway made his WHL debut against Regina. That follows in the wake of 2018 first rounder Sean Tschigerl debuting in mid-January.