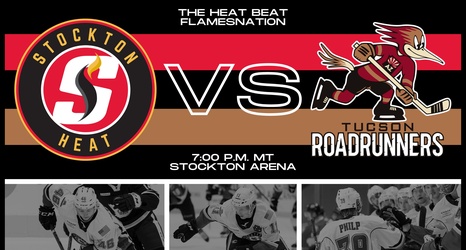 Dustin Wolf was spectacular for the Stockton Heat in their season-opening game against the Tucson Roadrunners on Friday, stopping 34 of the 35 shots directed his way.

Unfortunately for Wolf, the only shot he didn’t stop was the last one he faced. Tucson defenceman Vladislav Kolaychonok beat Wolf at the 1:56 mark of overtime for the game’s only goal, securing his team a 1-0 win. At the other end, Roadrunners goaltender Ivan Prosvetov recorded a 29-save shutout.

On Saturday night, the Heat will go for both their first goal and their first win in a rematch against the same Roadrunners team.