‘He wants to be better than everyone else’: Dustin Wolf leads the way as the Stockton Heat chase the Calder Cup 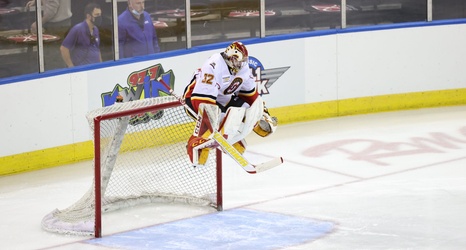 Although his family now lives in Seattle, Wolf moved to Los Angeles when he was nine years old and spent many of his formative years playing in the Los Angeles Jr. Kings organization.

Along the way, the young pup had an up-close look at a burgeoning hockey dynasty at Staples Center.

“It was 2010 and the Kings were just starting to come together. Next thing you know, they win two Cups,” Wolf said. “I had coaches who were within the Kings organization, so you already felt pretty close to them.