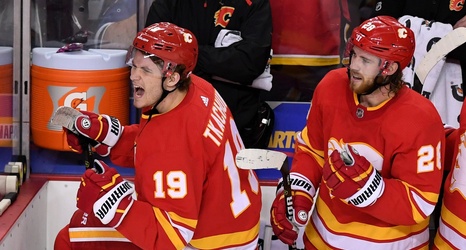 November, to put it mildly, was a challenge for the Calgary Flames. On-ice struggles and off-ice scandals plagued the team, overshadowing what could easily have been the defining moment of the Flames’ season. On Halloween night, Matthew Tkachuk cemented an epic comeback against the Nashville Predators with a between-the-legs, from-one-knee, buzzer-beating showstopper.

I mean this goal doesn’t even make sense pic.twitter.com/vhUBGoz15T

Immediately hailed as a goal-of-the-year candidate, Tkachuk’s goal lingered on social media for days afterwards but was ultimately swallowed by coverage on the team’s six-game losing streak.