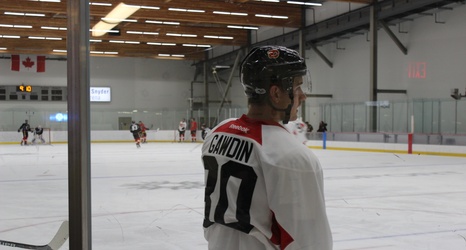 That hasn’t been the case in recent years. This summer, several internal candidates are vying to replace the departing Garnet Hathaway. One of them, second year pro Glenn Gawdin, is one of the more intriguing dark horse players in camp.

Originally from Richmond, BC, Gawdin was a first round bantam draft pick by the Swift Current Broncos in 2012.