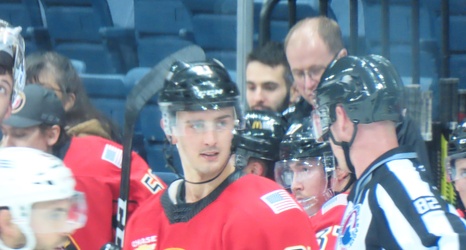 It’s been a long road to this point for Glenn Gawdin.

A fourth round pick of the St. Louis Blues in 2015, Gawdin couldn’t come to terms on a contract with his draft team and wound up signing with the Flames a few months after attending their 2017 prospect development camp.

Gawdin has progressed mightily in each subsequent year after signing with Calgary, eventually earning his first NHL call-up this past February. He couldn’t crack the lineup during his brief tenure with the Flames in 2019–20, but it’s looking pretty likely that he’ll finally make his NHL debut this coming season.