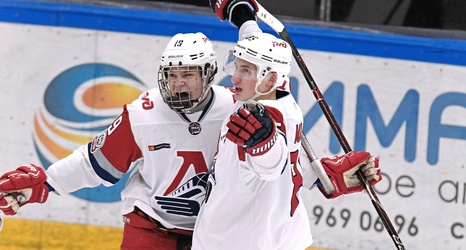 Once steering clear of Russians, two-way centreman Ilya Nikolayevwas the second in the wave of Russian players selected over the past three NHL Drafts. The 6’0″, 192-pound left-hand shot has been touted for playing a well rounded, 200 foot brand of hockey.

He is FlamesNation’s 13th-ranked prospect of 2020.

How did we get here

The product of Yaroslavl has played most of his hockey close to home. He suited up for Lokomotiv in both the U16 and U17 Russian leagues. His 17-year-old season was filled with a ton of hockey as he saw ice in the MHL, the NMHL, and represented Russia internationally.