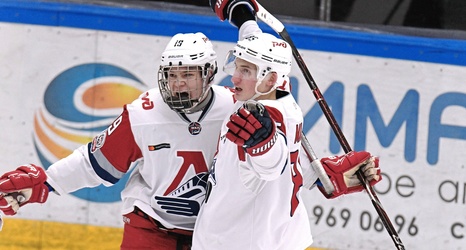 You could be forgiven if thought the Calgary Flames forgot Russia. Forward Ilya Nikolayev, their third round pick at the 2019 NHL Draft, was their first pick out of a Russian league since Rushan Rafikov in 2013. The club hasn’t had a Russian-born player dress for them since Andrei Zyuzin in 2006-07.

But Nikolayev, a two-way forward, is hoping to buck that trend. He’s FlamesNation’s 11th-ranked prospect of 2019.

How did we get here?

Originally from Yaroslavl, Russia, Nikolayev played at home and worked his way up through the ranks of his local club team, Lokomotiv.