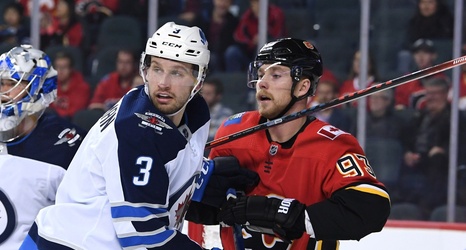 If there’s one question Calgary Flames general manager Brad Treliving wishes he had he answer to this off-season, it’s what is Sam Bennett? After five full NHL seasons, and trial periods in basically every situation you could imagine, it’s unclear precisely what Bennett can be or do over an 82-game season.

He’s next up in our season-end player evaluations.

In his fifth NHL season, Bennett hit a career low in offensive output – though if you pro-rate his performance over the 12 canceled games, he would’ve had 10 goals and 15 points (which would still be a career low).