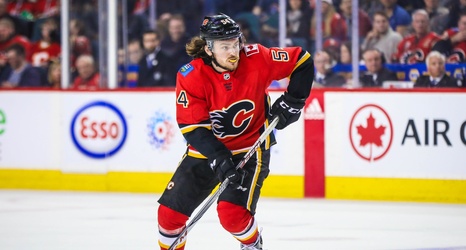 For a developing hockey player veering towards the end of his entry-level contract in the NHL, there exist a few possible boosts to his image that he hopes to enjoy. In the case of Rasmus Andersson, these boosts included rising prominence, improved production, and a juicy payday.

Whereas many Calgary Flames skidded down a cliff this past season on an individual level, Andersson weathered the rocks and continued to climb, proving himself a legitimate top-four defenceman. And, concerning his role on the team and renown in the league, he has yet to even sniff a summit.

Andersson experienced some conservative usage—not unexpected for an NHL sophomore— at the beginning of the season.