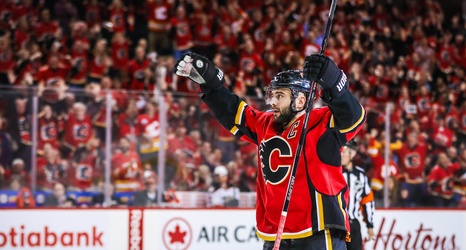 In 2018-19, Mark Giordano won the Norris Trophy as the National Hockey League’s top defenseman. In 2019-20, he wasn’t quite as good and had some challengers for the title of best Calgary Flames offensive defenseman.

And about time, too, because Giordano turned 36 the week the season began.

After a season where a lot of things went right on both sides of the rink for Giordano – and several teammates had career years – things fell back down to Earth for him in 2019-20.