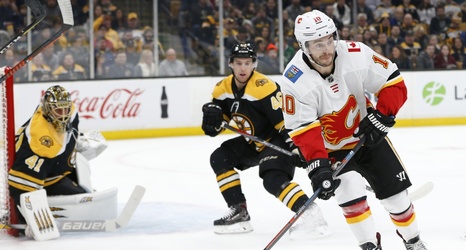 When you play in the bottom six forward group, it’s often hard work for not a ton of glory. In his second season with the Calgary Flames, center Derek Ryan toiled in the bottom six and played with a bunch of different players.

While he didn’t rack up a ton of points, he was quietly effective.

The Washington State product suited up for his ninth pro season – fifth in North America – in 2019-20. Like the rest of the Flames, he took a step back offensively from the prior season.