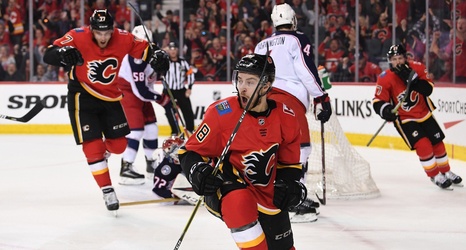 When he was drafted in the sixth round back in 2015 and even upon excelling in a full-time role on the fourth line last season there were plenty of folks outside Flames land uttering “Andrew Mangi-a-who?”. Now, the former Barrie Colt has replied loud and clear: “Andrew Mangiapane, that’s who!”

The lone Flame to ever wear 88 was, dare I say, one of the lone Flames who could be consistently counted this year. Mangiapane was the processed white bread to Flames opposition’s gluten-free diet.