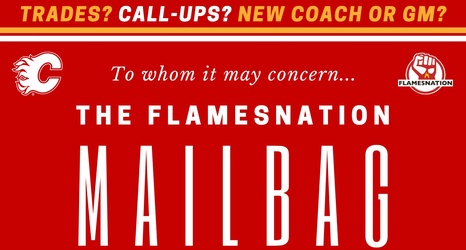 Friends, the Tampa Bay Lightning are Stanley Cup champions once more. With the NHL playing season totally done and dusted, we turn our attention to a season that’s sure to have just as much mayhem and chaos involved: draft season. We’re nine days away from the expansion draft.

Let’s check in with the mailbag.

Do you think the Flames trade Monahan?

Honestly, probably yes. He’s been injured over the past few seasons but he’s still been productive offensively, and I think he’s a player that general managers can look at and project their hopes and dreams upon to a certain extent.