Flames walk away from Filip Sveningsson, and two veterans honoured with team awards 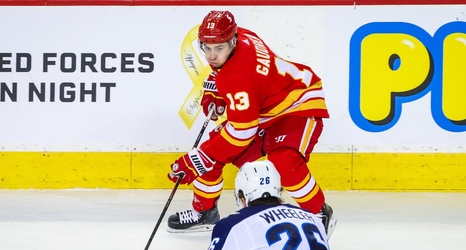 A few pieces of Calgary Flames news as we head towards the middle of this week and the calendar flips over into June.

The Flames did not sign 2017 seventh round selection Filip Sveningsson prior to the 3 p.m. MT deadline on Tuesday and so his NHL rights lapse and he’s been removed from the Flames reserve list. Sveningsson was always a bit of a project, but he never really found a niche as a pro in Sweden the way other prospects have. He re-signed with MODO Hockey several weeks back, so the door was likely closed to his NHL prospects back then.