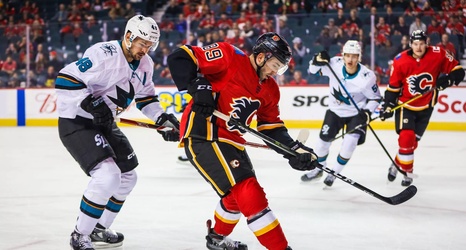 The Flames made four roster moves today as they prepare for their regular season opener on Thursday night in Colorado against the Avalanche.

The Flames sent Alan Quine (F), Zac Rinaldo (F) and Dillon Dube (F) to Stockton to play with the Heat. All three players had decent preseason campaigns, but they all were long shots to make Calgary’s final roster.

The fourth player involved in Tuesday’s roster shuffling was Andrew MacDonald. The Flames signed MacDonald to a PTO on August 22nd, but he ultimately wasn’t in Calgary’s plans for 2019-20.