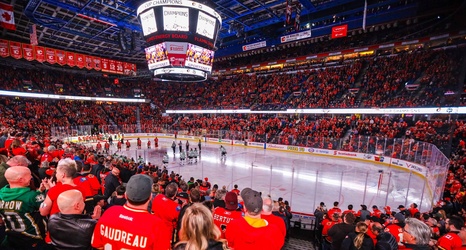 The Calgary Flames made another minor addition on Tuesday morning. The team announced the signing of left wing Justin Kirkland to a one year, two-way deal worth $700,000 at the NHL level.

A product of Camrose, Alberta, the 22-year-old Kirkland came up through the Western Hockey League and plied his trade for three seasons with the Kelowna Rockets – playing one season under Flames assistant coach Ryan Huska and a pair of seasons alongside Flames prospect Dillon Dube.