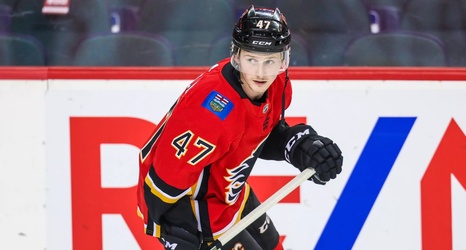 The Calgary Flames made a small roster move today, recalling RW Matthew Phillips from the Stockton Heat. Phillips has had a great sophomore season with the Stockton Heat, tallying 25 points in 22 games and is on an especially hot streak of late with nine points in the last five games.

It isn’t immediately clear how long he’ll be with the club for, or if he’ll even make his NHL debut during this callup, but at the very least it’s a nice reward for Phillips after his strong start to the year. It is worth noting that Matthew Tkachuk did get a little banged up in last night’s game but did return to action.