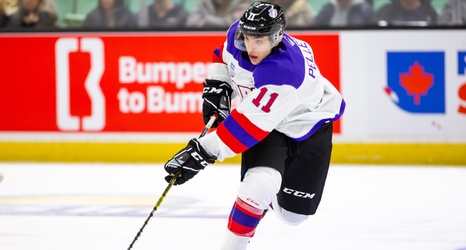 The first installment of the annual Canada Russia Series between the Canadian Hockey League and the Russian National Team took place on Monday night in Saint John. Team Russia beat the Quebec Major Junior Hockey League representatives by a 4-3 score.

Calgary Flames prospects were in on six of the seven goals scored in the game.

2018 seventh round pick Dmitry Zavgorodnoy (of the Rimouski Oceanic) had a strong game for team Russia. He ended up with points on every single Russian goal, a great sign for his push to make the Russian World Junior team.