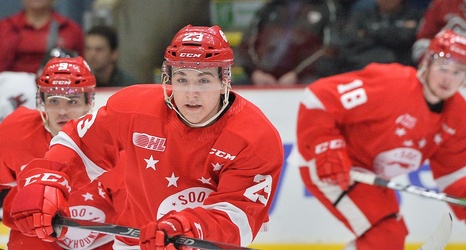 The Ontario Hockey League has completed its regular season, and a Calgary Flames prospect has been named that circuit’s top player for the month of April. Soo Greyhounds forward Rory Kerins, a 2020 Flames draft choice, has been named the OHL’s Player of the Month.

Leading the League with 16 points to finish the season with 118, @NHLFlames prospect Rory Kerins (@kerinssy23) of @OHLHoundPower is the #OHL Player of the Month for April.