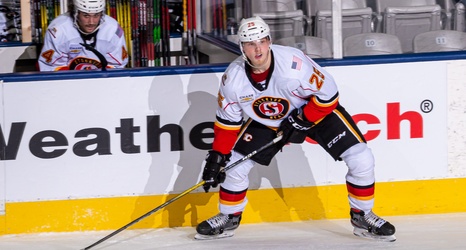 The Calgary Flames are losing another player to Europe for next season. Right wing Eetu Tuulola, a pending restricted free agent, has signed with Ilves of Finland’s Liiga for the 2022-23 season.

He joined the Stockton Heat starting in the 2019-20 season and established himself as a reliable, if somewhat inconsistent, complimentary forward. He had seasons of 23 points (in 50 games; 0.46 per game), 7 points (in 29 games; 0.24 per game) and 25 points (in 61 games; 0.41 per game), but it was unclear if he was going to be able to creep up higher in Stockton’s rotation given his uneven progression.