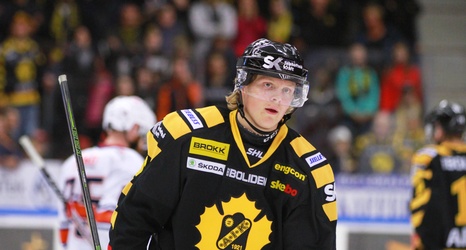 The 3 p.m. MT deadline came and went on Monday afternoon and the Calgary Flames opted not to sign a pair of prospects to entry level deals. We’ve already discussed Milos Roman, but the club also parted ways with 2016 fourth round pick Linus Lindstrom.

The 22-year-old Lindstrom just completed his fourth full season with the Sweden Hockey League’s Skelleftea AIK. He’s been a bottom six fixture basically the entire time, honing his two-way skills. He’s been a reliable checking line body for his club, his his offense has come along quite slowly. Between his playing style and Swedish heritage, Lindstrom was sort of hoped to be another Mikael Backlund – though he hasn’t developed to the degree at this age that Backlund had.