Flames have replacement forwards at the ready for potential trade chips 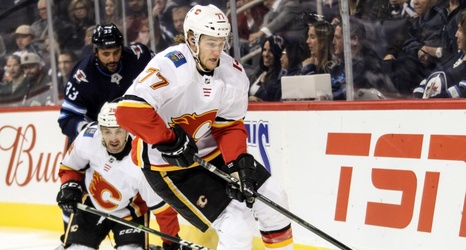 Despite being under the cap to start the season, it’s fair to say Calgary management would feel more comfortable with a little more breathing room. Currently, the Flames are less than $200,000 under the $81.5 million ceiling, which translates to minimal projected space come the trade deadline. As such, Calgary is still in search of a financially-motivated trade, preferably in the near future.

Fortunately, the Flames have internal options ready to step in for a pair of forwards who could be considered likely trade chips.

After a difficult two games to start the season, Frolik’s name is front of mind once again when it comes to trade talk.