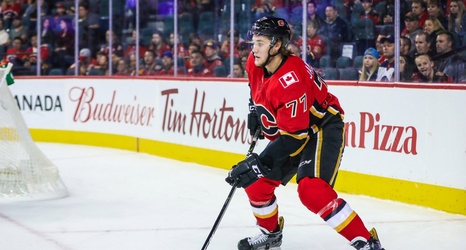 The Calgary Flames have made their final roster moves in preparation for Tuesday’s roster filing deadline with the league office. They’ve officially released Andrew MacDonald from his professional try-out, and assigned Dillon Dube, Zac Rinaldo and Alan Quine to the American Hockey League’s Stockton Heat.

Team has also released d-man Andrew MacDonald from his PTO.

With these moves, the Flames have their roster down to 22 active bodies (and Juuso Valimaki).