Flames crash back to .500 after rough third period 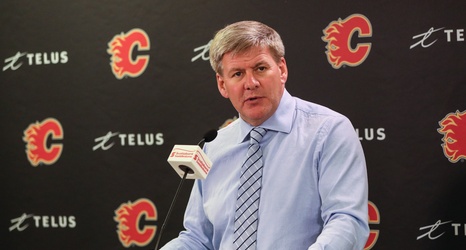 The Calgary Flames lost on Sunday night in Las Vegas by a 3-0 score. The team continued their rough stretch, losing their fourth game in a row and third consecutive regulation contest. The loss dropped them to the .500 mark with a 10-10-3 record.

“I thought we battled through 40 and then had a tough one in the final 20,” said Peters. “I thought [Vegas] did a good job.