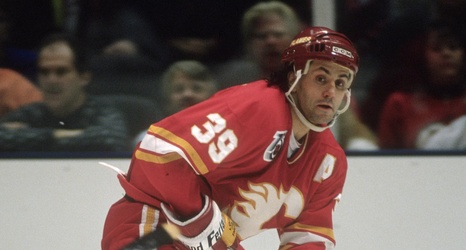 Doug Gilmour arrived in Calgary after five very successful and in the end, tumultuous years with the St. Louis Blues. Legal issues off the ice spurred the end of his run in St.