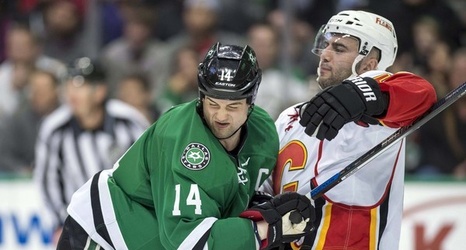 The Calgary Flames will be looking to snap a six-game losing streak against Dallas when they visit the Stars on Thursday night as +100 underdogs on the NHL odds at sportsbooks monitored by OddsShark.com. Calgary continued its uneven start to the season with a 4-3 overtime loss to the visiting Los Angeles Kings on Tuesday and now embarks on a three-game road trip that begins with Thursday night’s game at the American Airlines Center.

The Flames have enjoyed little success on the road since midway through last season. Calgary has posted wins in only two of the team’s past nine dates away from Scotiabank Saddledome, and in just seven of 18 such contests since February 1, according to the OddsShark NHL Database.