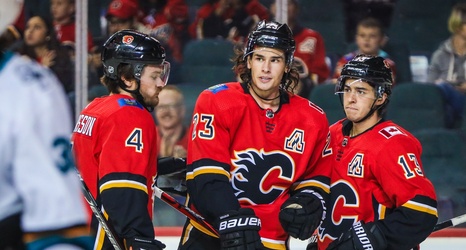 The Calgary Flames will be looking to avenge their loss to Colorado in the first round of last year’s playoffs when they open their season schedule against the Avalanche on Thursday as +115 road underdogs on the NHL odds at sportsbooks monitored by OddsShark.com.

After finishing atop the Western Conference standings with 107 points last season, Calgary was swiftly bounced from the postseason by the Avalanche in five games, and have now suffered losses in three of their past four road dates with Colorado.

That stunning ouster at the hands of the Avalanche marked the sixth time in seven playoff appearance that the Flames have been eliminated in the first round.