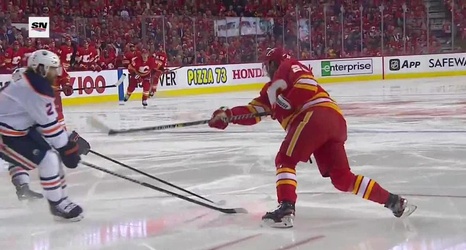 Well, just like you thought it would go right? The Flames and Oilers combined for 15 goals in Game 1, in a game that was entertaining from start to finish.

Calgary came out HOT, scoring three goals in the first six minutes and then it became a goal scoring bonanza on all fronts. Mike Smith was pulled after giving up those three goals in the first and replaced by Mikko Koskinen who ended up giving up five of his own. Not to be outdone, Jacob Markstrom surrendered six goals on 28 shots. Not a goaltending masterpiece for sure.