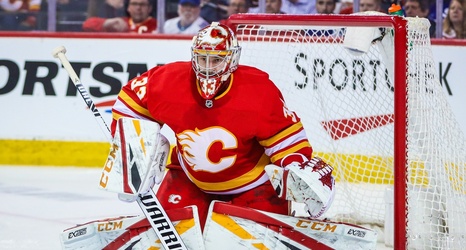 Last season, it was up for debate who was truly the number one goalie. That was a mistake. Thankfully, that mistake has been rectified because that’s exactly the kind of game you want from your number-one goalie to inspire a season’s worth of dreams. All aboard the David Rittich train.

Amidst the fun of winning the home opener with a shutout over the Vancouver Canucks, the Flames still feel like a work in progress at this point. Some of that progress feels notable – like not letting in a goal over 60 minutes of play.