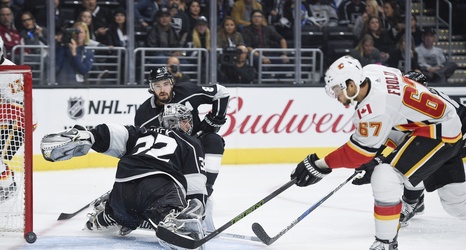 Who are the Calgary Flames this season? It’s unlikely they’re as bad as they were last night, but that might have been a statement type of game for them – for all the wrong reasons.

There are bad starts, and then there is whatever that was in which Tyler Toffoli took a lead that the Kings would never relinquish. For a team that had been shut out in back-to-back games, Calgary seemingly had no interest in putting any pressure on them. True, 5v5 play in the first period wasn’t all that bad, but they were let down by their special teams in ways that would only magnify later on in the game.