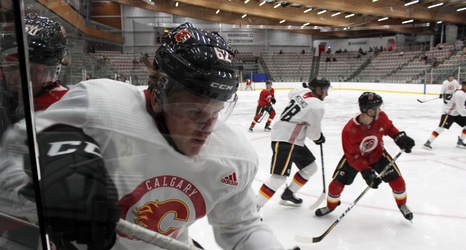 The Calgary Flames have quite a few exciting players in their system. But tucked away in the Swedish junior and secondary pro circuits for the past couple of seasons, 2017 seventh round pick Filip Sveningsson has quietly put together a really exciting resume.

The season after being drafted, Sveningsson was a point-per-game player in Sweden’s SuperElit junior league and helped push HV71 to a league title. This past season he made the jump to the pros, playing a full season in Sweden’s secondary circuit – HockeyAllsvenskan – with IK Oskarshamn. He led the league in scoring by an under-20 player and helped Oscarshamn get promoted to the Swedish Hockey League.