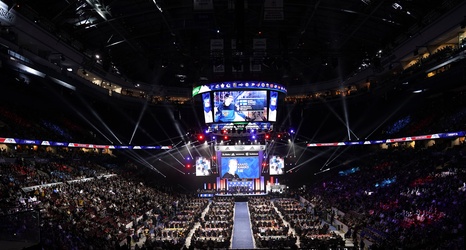 Folks, it’s been a pretty disappointing year to be a hockey fan in the Calgary area. The Calgary Flames missed the playoffs, after all, but there’s a chance for a bit of a bounce-back on Wednesday night as the club takes part in the 2021 NHL Draft Lottery!

The festivities kick off at 5 p.m. MT on Sportsnet’s national feed (and Sportsnet 960 The Fan), and is immediately followed by Game 1 of the Montreal/Winnipeg series.

The draft lottery features the 15 non-playoff teams from the 2021 season, plus the expansion Seattle Kraken, with two draws that will determine the top two selections in the July 23 first round of the NHL Draft.