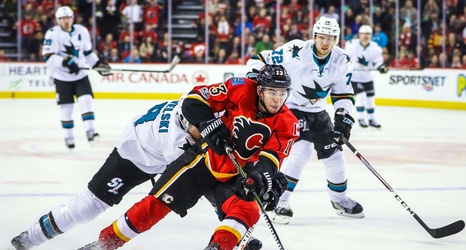 There are a few games on the schedule that will determine whether the Calgary Flames (34-14-5, 73 points) win the Pacific Division or not. Tonight’s clash with the second place San Jose Sharks (31-16-7, 69 points) is one of those games. Separated by just four points, a Flames regulation win will give them a six point cushion and a Sharks regulation win would pull them within two points.

This game with major playoff consequences kicks off just after 7 p.m. MT on Sportsnet One and Sportsnet 360 The Fan. (The Oilers are playing at 6 p.