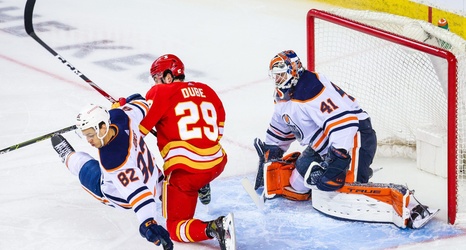 It’s a pretty important clash in Alberta’s capital city on Thursday night! The Calgary Flames (21-24-3, 45 points) are fighting for their playoff lives and trying to reel in the Montreal Canadiens for the fourth and final North Division playoff berth! The Edmonton Oilers (29-16-2, 60 points) are trying to lock down home ice advantage for what looks to be a first round playoff series with the Winnipeg Jets. And both teams are looking for sweet, sweet bragging rights in the ongoing Battle of Alberta.