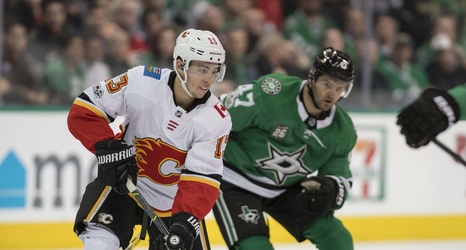 Coming off one of their most uneven performances in years, the Calgary Flames (1-1-1, 3 points) head down to Texas tonight to face the Dallas Stars (1-3-0, 2 points). The Flames were, in a word, lousy for the first 30 minutes of Tuesday’s game against Los Angeles. They were better in the second half of the game, but not enough to capture two points.

The puck drops at 6:30 p.m. MT on Sportsnet 360 (with Rick Ball and Kelly Hrudey) and Sportsnet 960 The Fan (with Derek Wills and Peter Loubardias). Why 360? There’s an Oilers game on Sportsnet West.