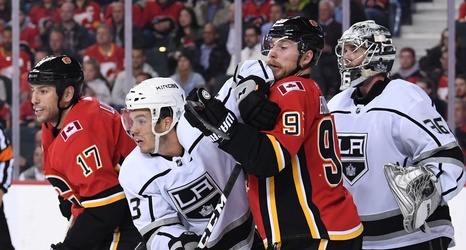 The Calgary Flames (14-12-4, 32 points) continue the Geoff Ward Era with a Hockey Night in Canada tilt against the club’s most bitter regular season rival, the Los Angeles Kings (11-17-2, 24 points). The Flames are playing their best hockey of the season, while the Kings played and lost 24 hours ago in Edmonton.


Cam Talbot starts for the Flames, backed up by David Rittich.