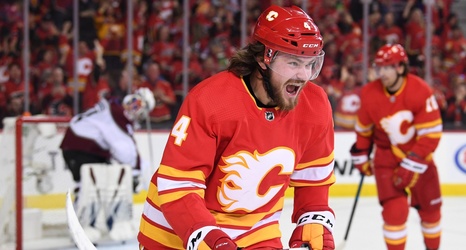 With the clock finally ticking on a new arena, the Calgary Flames (0-1-0, 0 points) begin what’s probably one of their five final seasons at the Scotiabank Saddledome tonight when they host the Vancouver Canucks (0-1-0, 0 points). Both teams are coming off rough road losses to kick off their seasons, and are hoping to bounce back with strong performances.

The puck drops at 8 p.m. MT on CBC (with Dave Randorf and Louie DeBrusk) and Sportsnet 960 The Fan (with Derek Wills and Peter Loubardias)! There are ceremonies prior to puck drop, but the scheduled start time is around 8:15.