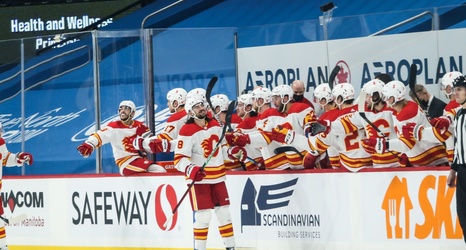 After playing four of their previous five games against the Winnipeg Jets, the Calgary Flames (6-5-1, 13 points) are now shifting to a new focus: the Vancouver Canucks (6-10-0, 12 points). The Flames will play four in a row against their most common foe, including three in a row in the relatively warm weather in scenic Vancouver. It’s a big opportunity for the Flames to get some traction in the (Scotia NHL) North Division.

The puck drops just after 8 p.m. MT and you can catch the action on Sportsnet West or on Sportsnet 960 The Fan.