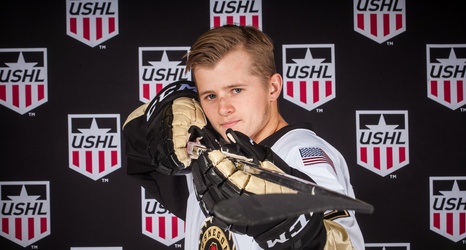 In recent years, the Calgary Flames’ amateur scouting team seems to keep finding gems in the later rounds of the NHL Draft. Promising prospects like Andrew Mangiapane, Matthew Phillips and Filip Sveningsson have been selected late, and Emilio Pettersen seems poised to join their ranks.

Selected 167th overall in the 2016 NHL Draft, Pettersen (pronounced “Peter-son”) was likely best known as a young Norwegian kid who had dazzled on YouTube as a youngster. Despite his level of notoriety, he moved to North America five years ago to follow his dreams. He parlayed a strong stint in the United States Hockey League into a draft selection, and then transitioned to the NCAA’s Denver Pioneers for the 2018-19 campaign.