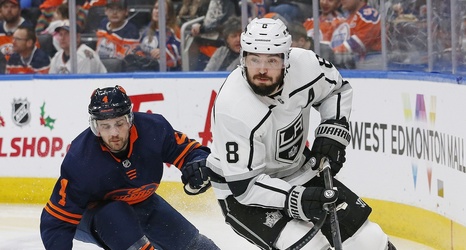 Friends, in case you were on the fence about Los Angeles Kings defenseman Drew Doughty, here’s another reason to dislike that individual. Speaking with the media in Edmonton on Friday prior to the Kings’ loss to the Oilers, Doughty shared a shocking tidbit: he prefers visiting Edmonton to visiting Calgary.

So I guess Drew Doughty doesn’t like Calgary much.

Can’t blame him about not liking the media here, though. We’re a buncha jerkshttps://t.co/lUOf0uptLi pic.twitter.com/4FQhMpYOdg

While Doughty has developed a very special relationship with Flames forward Matthew Tkachuk over the past few seasons – one built entirely on mutual respect and admiration, I’m sure – the Flames and Kings have become pretty significant rivals.