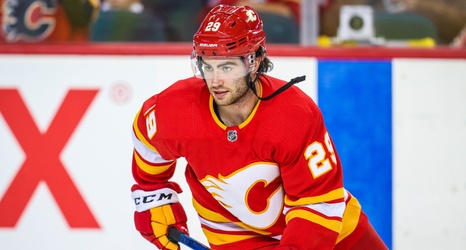 Folks, playing in the National Hockey League can be really tough. As a young player, figuring out how to perform at a high level consistently isn’t something everyone can do right away. In his first full NHL season, and third year of pro hockey, Dillon Dube found himself challenged by consistency and a role that varied throughout the season.

But despite all that, he was one of the team’s most productive offensive players (and that’s a big reason to remain excited about his potential).

Born in Golden, B.C. but raised in Cochrane, Dube payed his minor hockey in the Calgary area as a youngster.