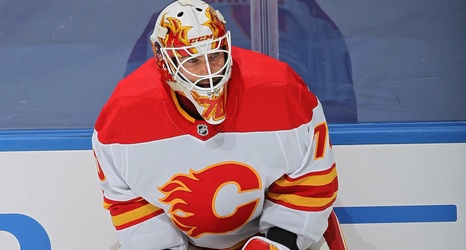 He didn't see a ton of ice time with the Flames this season (only one game to be exact), but Calgary goalie Louis Domingue wants to remind you he's still a member of the team.....and he's doing it in a unique way.

The Flames backup keeper wants you to cook with him this offseason. Domingue has posted on Twitter, asking you to subscribe to a free service where he will text you recipes he makes in his own kitchen in hopes you will try them with him! Odd? Yes. Neat? Absolutely.

Hockey players have always been generous with their time with fans and this is just another example of a player interacting with the fanbase.